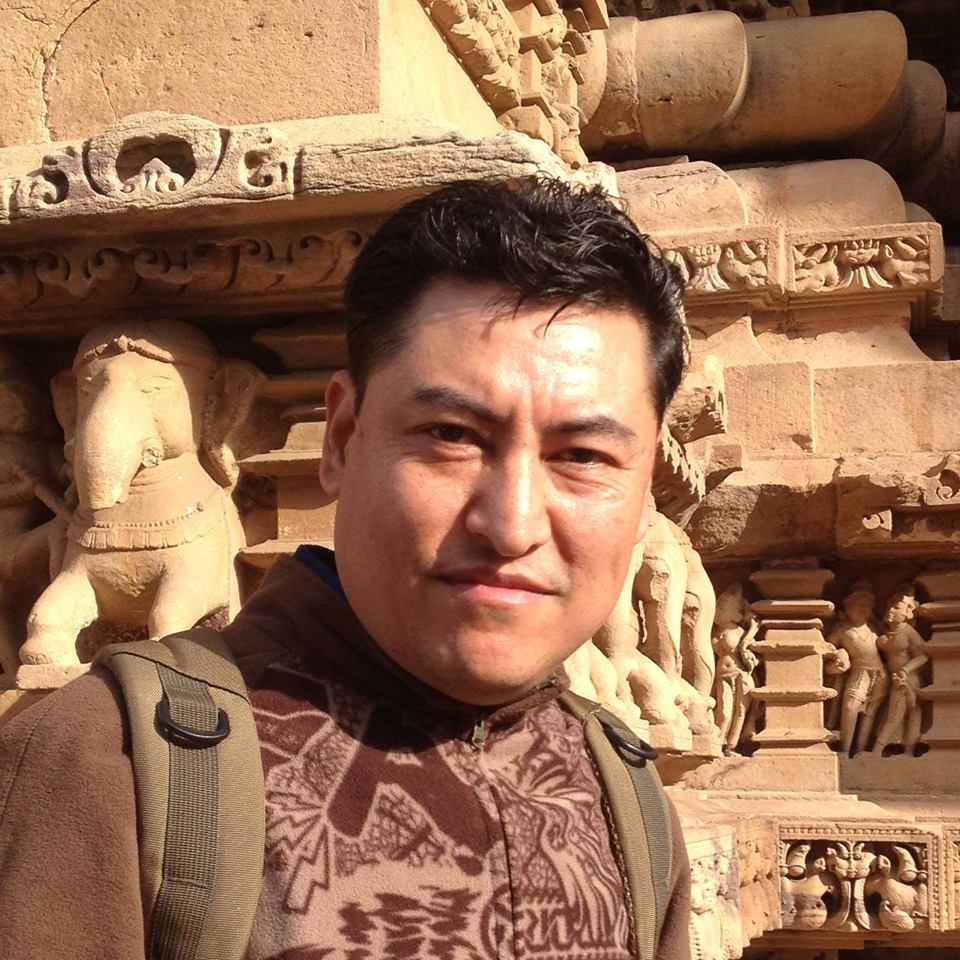 Binod Pradhan – a name quite familiar in contemporary Nepali art today, is an artist with definite convictions. Binod Pradhan paints what he believes in. Lately, Binod Pradhan has had developed a strong belief that – human faces reveal what a particular individual is all about. To him, facial expressions unknowingly reflect and reveal the emotion and the inner feelings of an individual how hard he or she may try artificially to cover the inner emotion.

So it is no wonder that here a viewer would find and confront a multiple series of amazing faces. And make no mistake – the faces here are not entirely nature-based or so – called representative art. On the contrary the faces are represented in some uncommon and unnatural manners with tints and hues of blue, orange or similar colors rather than the natural human faces. And these unnatural variations in fact reveal the inner facets of a human face.

To achieve it, Binod Pradhan has chosen facial forms – mostly depicting serene and melancholy mood – stylized with decorative light and shade. And often the faces resemble the iconic image of Lord Buddha with familiar features like exaggerated earlobes with rings and the eyes concentrating towards the tip of the nose. Except in one or two malevolent aspects of Hindu deities, most of his ‘faces’ are benign – revealing the state of cool and calm of a human mind.

Binod Pradhan’s forms are expressive and his choice of colors reveals his sense of judgment to match the desired theme. A unique part of his style is his cool and pleasant application of the colors and the linear emphasis of the forms.

Yet other important thing about Binod Pradhan is, he remains one of the very few of his genre to understand the essence of contemporary painting – that is the importance of a timely change and the dynamics of innovation.