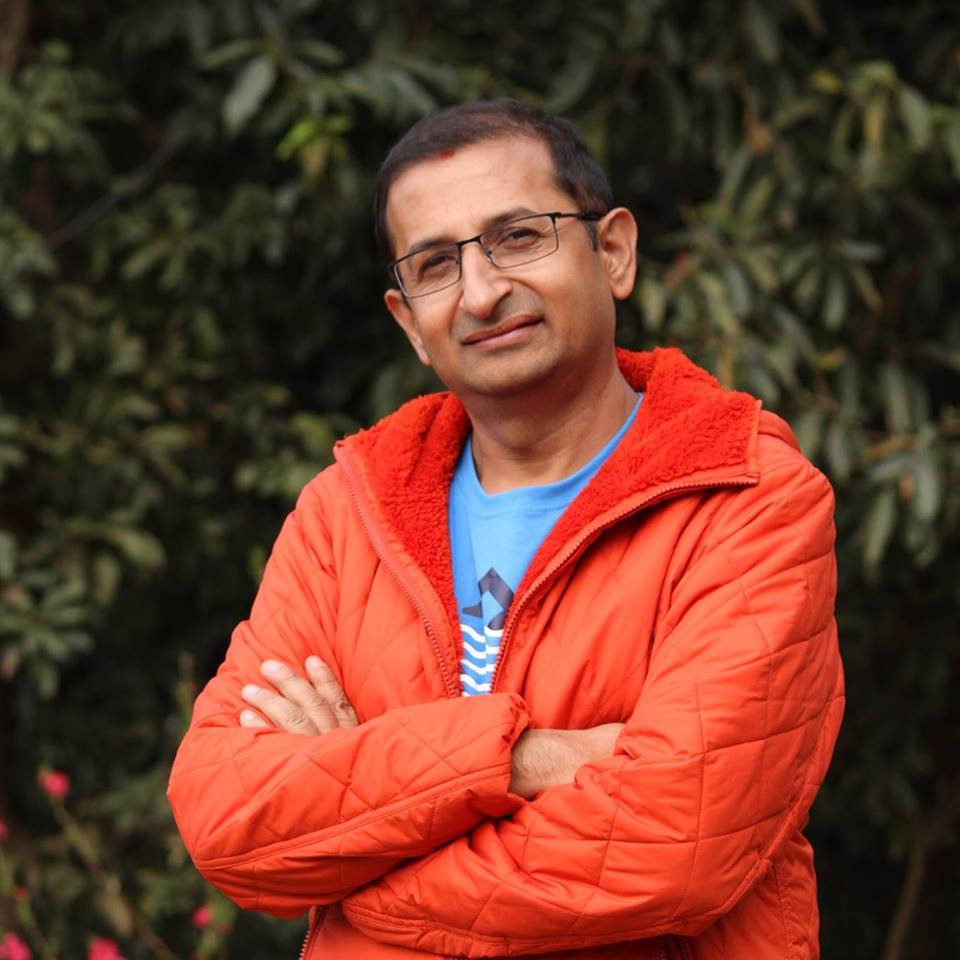 Kapil Mani Dixit is a visual artist of Nepal, with a degree in Fine Arts from the University of Texas, Arlington. He is well acclaimed and best known for his nude figure paintings. Most of his work comprises of nude figures drawn from the live models. His recent exhibitions in Nepal including those for charitable causes have been well received by the society. He aims to promote figurative paintings in Nepal and simultaneously involve in social work, which according to him gives him the ultimate satisfaction. Even in the USA, he has made several contributions in arts through exhibitions, charity, donations and art auctions. Among many, he has established a Kapil Dixit Excellence Award by donating his paintings, and sculptures at North Lake College to reward the student who demonstrates an outstanding artistic ability and commitment to art. The award is still rewarded annually to such students. After his return from USA, Kapil Mani Dixit is trying to promote nude art work in Nepal. He is known as the pioneer of the nude art work in Nepal and has been successful in giving visibility to nude figurative art work in conservation society like Nepal. He has taken his professional career and social life in parallel. He is equally inclined in giving back to society and therefore is involved in various charity events.