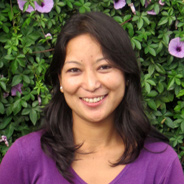 Sabita Dangol, a promising visual artist, born in 1984 at Kathmandu,Nepal. She has graduated MFA degree in painting from Central department of Fine Arts, Tribhuvan University, Nepal & BFA degree from Lalitkala Campus. She was awarded in Eastern region art exhibition by Camlin Art Foundation in Kolkata, India  in 2010,  “Kumari, Honour of Fine Art” by kumari publication and JCI in 2010, First prize in “creative week”, Tri-Chandra College in 2009,  Second prize in  by NFSU, Lalitkala Campus in 2008.

She has done three solo exhibitions in her credit ‘”Insight of Foliate ” at Nepal Art Council Gallery,Kathmandu  in 2012  & “of life that does not freeze”at Patan Museum, Lalitpur in 2013, ‘ Solemn Odyssey’ The Taragaon Museum, in 2016.  she was selected and had  a residency art project in AIR_MCUBE by Gallery M CUBE, Lalitpur in 2014 and  ‘artist residency program’ at Bindu, a space for artists’, Lalitpur in 2012 . She has taken part in several group art exhibitions including National and International since 2007. She has been Affianced in several performance art shows including organized by Bindu, a space for artists’ in 2013/14/15, Kolkota International Performance Art Festival (KIPAF) in India , “Women identity ,transformation and power” by Asmita & LASANAA.  she has been participated in selected art workshops like Botanical Art Workshop by Park Gallery, NCELL Kalajatra by KCAC, Graphic design workshop by Kathmandu University, Verginia Commonwealth University Qatar and Lasanaa, CRACK International Art Camp in Bangladesh, ‘Techne Kala: enriching art practices through research’ by Lasanaa