Fables on the Floor 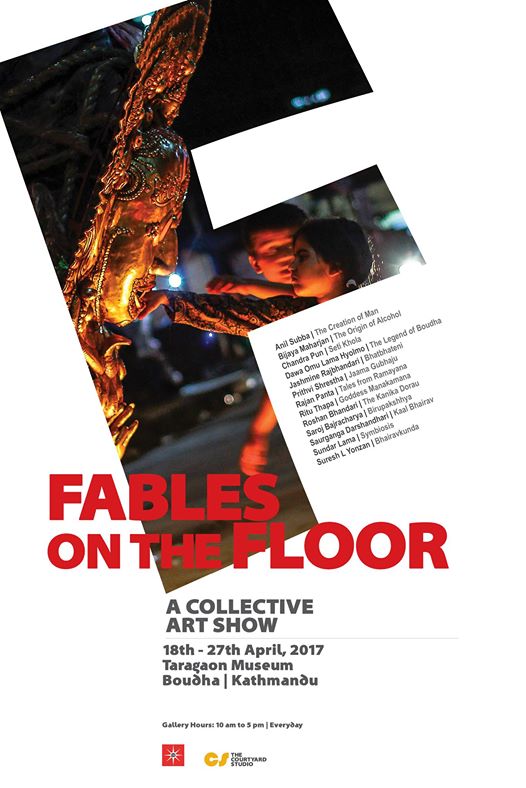 Folk tales are such cultural treasures of Nepal that they preserve and document layers of ancient realities that have shaped our socio-cultural perspectives. Before tapped history, long time ago there were various scattered lands ruled by clans that have had their own leaders. It is being mentioned by many scholars that since there were very limited medium of long or short distance communications back then; one tribe would send a messenger and s/he would recite the news of his/her tribe to the other in a form of stories. This is how one area communicated with the other which later became a community and in time expanded into society. These stories after ages transformed into folk tales.

Thirteen artists have come together in this project titled Fables on the Floor to interpret selected folk tales through contemporary perspective and transform them into modern art. This project will not merely be the translated introduction of olden folk tales of our country; rather it will survey how these ancient narratives are relevant in our times. Artists from various genres, i.e. – painting, installation, design, photography and performance art will show case their work in the exhibition.