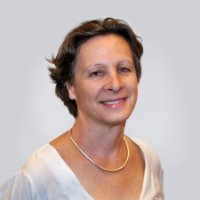 Born in Tel Aviv, Israel, Ada Gansach studied at the Architectural Association School of Architecture in London. She first traveled to Gujarat, assisting Sneha Shah in her study of water architecture, then joined George Michell in the inventorying of monuments in Vijayanagar before arriving in Nepal in 1984. She first visited Manang (Braga) in 1984. In 1985 she traveled in the Ganesh Himal area (the Tamang villages of Sertung and Tipling) and 1986 in the Tamur/Arun area.
In 1986 she joined Niels Gutschow in compiling his inventory of Buddhist votive architecture of Kathmandu Valley, contributing a number of scale drawings of Licchavicaityas from Tebaha and Swayambhu Hill. Another of what she called her “contextualising travels” took her to Solukhumbu in 1992, in 1993 to Lower Mustang and in 1994 to the Dang valley and Mugu, continuously carrying out fieldwork by sketching house types and details of carvings. In these years she also traveled in Tibet and stayed in Lhasa for two months to familiarize herself with the language. Eventually she decided to concentrate on villages in Humla (1993, 1994), Dolpo (1993, 1994) and Manang (1984, 1985, 1992, 1994).
Gansach “did not find a framework which would sufficiently bridge the distance between the objects, the subjects and the theorists” during her subsequent studies in anthropology at the London School of Economics and Art and Architecture at the School of Oriental and Asian Studies in London. She completed her doctoral dissertation at the Architectural Association School of Architecture in 2000: “Social Constructions. A Comparative Study of Architectures in the High Himalaya and North West Nepal. Lessons from: Nyimathang, Humla District; Togkhyu, Dolpo District; Braga, Manang District.” Ada Gansach returns to Bhaktapur almost every year. Since the 1980s she has also been a practising freelance architect involved in various cooperative projects in London and Tel Aviv. She has also taught at the Haifa Institute of Technology.

From Ada Gansach’s dissertation (pp. 7, 8):
“Through my studies in the villages I became aware of the limitations of conventional architectural discourse – restricted by its own history, by the definition of the category as ‘architecture without architects’, by the conventional focus on the ‘traditional object’ – which hinder its understanding. This thesis breaks away from this paradigm. In terms of practice, the extent of architecture is seen as inseparable from its production, and the study expanded into fields such as economy, politics, and anthropology, and into domains of legend, ritual and religion. In terms of cross-cultural politics the silence of the builder is broken, and his voice engages in the discussion. In terms of theory, the framework of the discussion is transformed by revising the concept of ‘settlement’ and ‘dwelling’ as processes, by highlighting ‘contact’ and by focusing on persons, situations and contexts.
The history of vernacular architecture is linked to the history of the ‘West’ and reflects the positioned interests of its authors. Studies began with traveler’s adventures or scientific expeditions, grew with colonial powers and were transformed into the nostalgia of late modernism. It is significant that the resurgence of the discourse since 1960’s coincided with the realization of the results of urbanization and the effects of international idioms in planning and architecture, and that it is associated with the need ‘to inform economic and development [aid] programmes initiated following post-WW II decolonization and a growing dissatisfaction with the aesthetic principles and design ideologies associated with ‘architectural modernism’.”