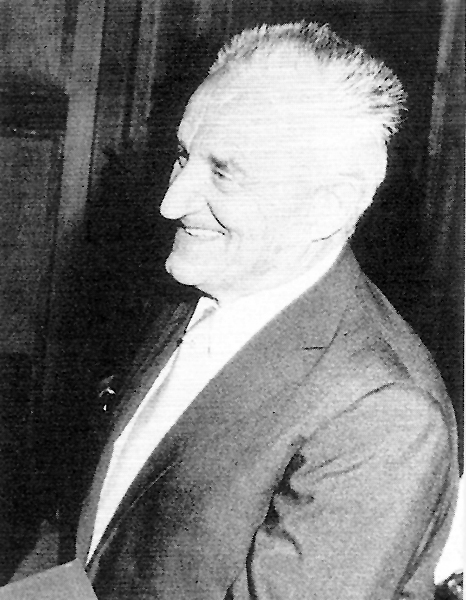 Born 1906 at St. Joachimstal (Jachymow) in West Bohemia, at that time part of the Austrian-Hungarian Empire, Schneider went to school in Idria (Idrija) in Slovenia and completed his education at Salzburg. To study mining he enrolled at the Technical University of Charlottenburg in Berlin, Germany, 1924-34.

The Kangchenjunga expedition did not succeed in reaching the 8,598 m high summit. From Darjeeling he passed the Khang La towards Pangpema, the main camp north of the glacier. In July 1930, with his colleague H. Hoerlin, he climbed four peaks above 7,000 metres, among them the Jongsang Peak (7,483 m), the 57th highest peak in the world, on the borders of Nepal, India and China. For a year they held the record for scaling the highest point up to that time.

In early 1934 Schneider joined the German Nanga Parbat expedition, which made it up to 7,900 m before disaster struck and bad weather created havoc with their plans. Ten members of the expedition died. Richard Finsterwalder, however, created a map to the scale of 1:50,000 which has lost none of its validity today. In 1936 Schneider joined another expedition to Peru and prepared his first map of the Cordillera Huayhuash, based on a terrestrial photogrammetric survey.

In 1937 he signed up at the Technical University of Hanover and in the following year in Berlin, where the first Institute of Photogrammetry was installed. In 1939 his ten toes were so badly frostbitten that they had to be amputated to the metatarsal bone. After the war he worked as a freelancer in Lech/Arlberg, providing services for the development of hydroelectric plants and creating maps for the cartographic section of the Alpine Association.

In 1955 Schneider returned to Nepal, not crossing the border from Sikkim but proceeding to the Lhotse in the Khumbu region with the International Himalaya Expedition, led by Norman G. Dyrhenfurth. The photogrammetric survey led
to the creation of the famous Mount Everest Map, scale 1: 25,000, sponsored by German Research Foundation and the German and Austrian Alpine Associations. In 1960, Walter Hellmich, Richard Finsterwalder and Erwin Schneider planned a map covering the entire Everest group from Cho Oyu to Makalu as part of an interdisciplinary research project that in its initial phase (1960/1961) was supported by the German Research Foundation and private sponsors. In 1962 Schneider persuaded the Fritz Thyssen Foundation to support the “Forschungsunternehmen Himalaya Nepal” for a period of ten years. Maps at the scale of 1:50,000 covered the Khumbu Himal (1965), Tamba Koshi-Likhu Khola (1968), Dudh Kosi and Shorong/Hinku (1974), Lapchi Kang (1974) and Rolwaling (1974, second edition 1992). In 1968 Schneider extended his work to Langtang (completed in 1990, 1:50,000). Ever since, these maps have been known as “Schneider maps” and the name “Schneider” has become a trade mark.