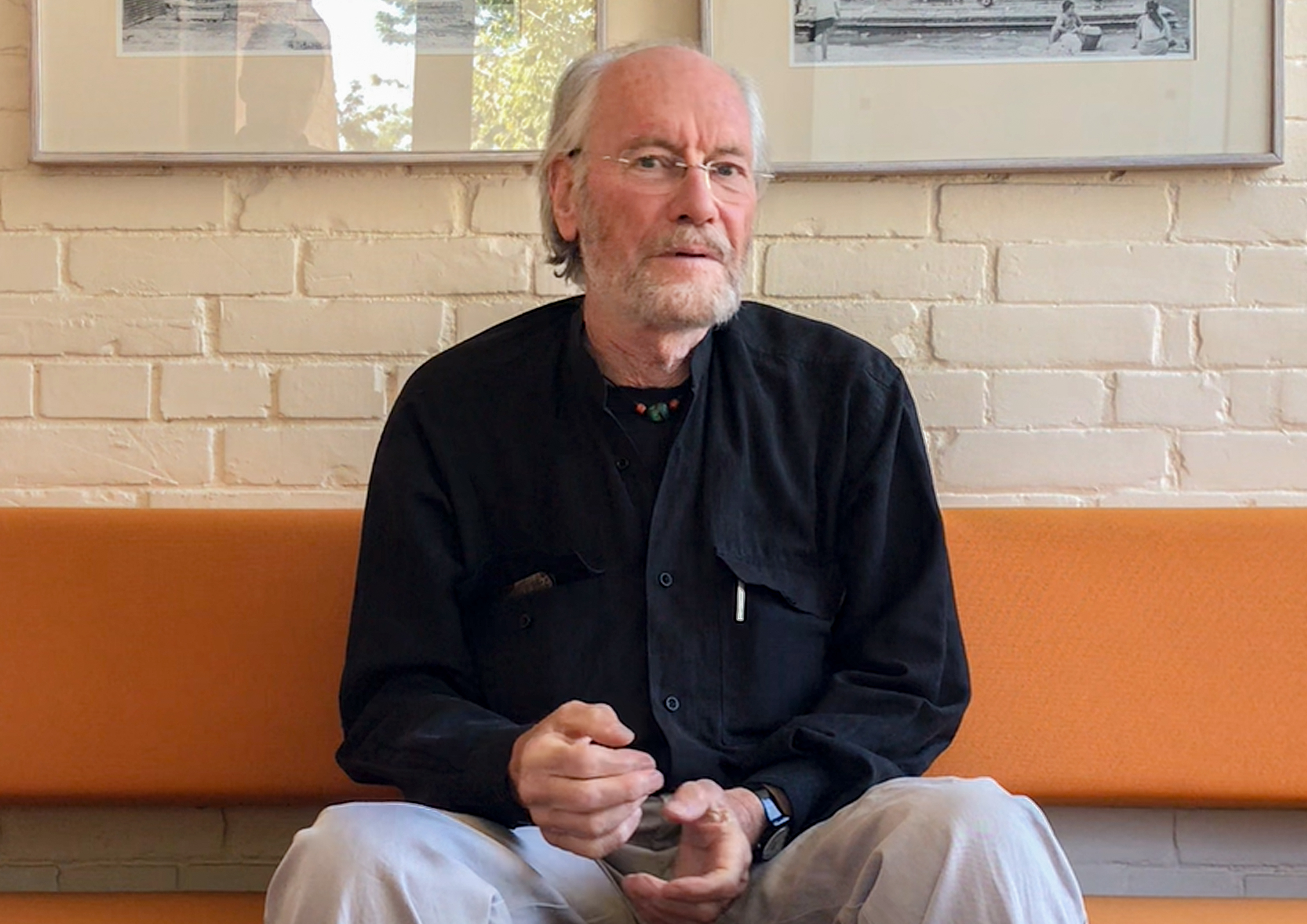 Born in 1941 in the north of England, between the Pennine hills and the Irish Sea, he studied architecture and town planning at Liverpool University, and then worked on historic buildings in architectural practice and at Liverpool City, and later in Pakistan, China, Russia and Jamaica. He lives in a stone cottage in Snowdonia in the “mountains” of Wales.

Harrison says:
“Nepal for me meant the Himalaya and a dream of high mountains. In the autumn of 1985 I had been travelling east for half a year after getting on the train in Liverpool Lime Street, through Turkey, Syria, Iran, Pakistan, and then the sight of the mountains: the Hindu Kush, K2 and Rakaposhi, Kashmir and Ladakh, Darjeeling and Kanchenjunga.
Freak Street in Kathmandu still had remnants of the hippy trail I had missed as a student twenty years before, but it was the dense brick town-scape and the building crafts being practised around Hanuman Dhoka,and in Bhaktapur, which fascinated me.
Then I trekked from Pokhara through the middle hills, up the Kali Gandaki valley between Dhaulagiri and Annapurna and into the Tibetan Buddhist world of Mustang. North of Kagbeni was still the Forbidden Kingdom’ in 1985, but I knew it was a land I had to see.
I went on for a couple of years through Southeast Asia, Australia, New Zealand and the Americas, and home to Britain, but everywhere, at Borobodur or Antigua Guatemala or Chan Chan, or at Lime Street station again, there was the question of how to get back to the Himalaya, and what I might do there. The answer came by chance in London, when I saw an exhibition of measured drawings of village houses in Mugu, northwest Nepal, by Ada Wilson, who was teaching at the Architectural Association. That was it. Historic buildings work in Lahore and Multan in Pakistan enabled me to return to the idylic pagan valleys of the Hindu Kush on the Afghan border, and to start measuring and drawing the buildings of the Kalasha people there.”