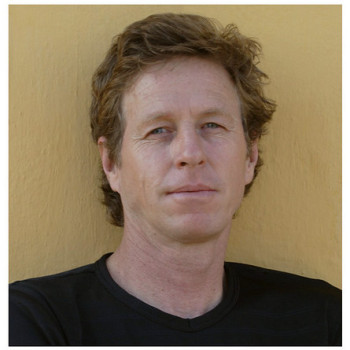 Born in Santa Fe, New Mexico, Thomas L. Kelly first came to Nepal in 1978 as American Peace Corps Volunteer and since he has worked as a photo-activist, documenting the struggles of marginalized people and disappearing cultural traditions all over the world. For the past 35 years, Thomas continues to concentrate his attention on Nepal. The diverse Himalayan mosaic of Nepal’s Hindu and Buddhist traditions is at a cross road and capturing the changing times is Kelly’s passion and concern. He acknowledges culture as a unique and ever changing constellation identified by its language, religion, social and economic organization, decorative arts, stories, myths, ritual practices and beliefs. The full measure of a culture embraces the actions of its people and the quality of their aspirations, the nature of the metaphors that propel their lives. And no description of a people can be complete without reference to the character of its homeland. Just as landscape defines character, culture springs from a spirit of place and Nepal is a country with a deep rooted spirit. The editorial work of Thomas has appeared in publications worldwide, including, the New York Times, Time, Newsweek, National Geographic, and The Observer, U.K., From 1990-1991 he was the Corporate photographer for The Body Shop Int., UK specializing in documenting the Press Campaigns of the Company. He currently represents Hinduism Today magazine, based out of Hawaii. Apart from photography, he has produced and directed films and videos on prostitution, violence against women, and esoteric ethnic practices, among other subjects for Discovery Communications, USA, National Geographic, and the BBC. He has researched and photographed the books: Sacred Landscape-Pilgrimage in Tibet: In Search of the Lost Kingdom of Bon; Tibet: Reflections from the Wheel of Life, The Hidden Himalayas, Kathmandu: City on the Edge of the World, Fallen Angels: Sex Workers of South Asia, The Tibetan Book of the Dead, Millennium: Tribal Wisdom and the Modern World and Cultural Traditions on Hinduism- Sadhus.