Born in Nepal in 1989, Muna did her MFA from Tribhuvan University. He has done numerous group exhibitions in the past. Since 2014, she has been also expressing for ideas through performance art.

Muna has been working at the Museum as an open studio artist since the first week of April, her current works reflect her memories from the Dapcha Bazaar, where she spent her childhood.

The series of this work is impersonal as being personal. I was inspired by the book ‘Karnali Blues’ by Buddhi Sagar, in this book the writer has narrated about the busy business point of Bazaar ‘Khatashee’, and how it has faded away. Dapcha Bazaar where I spent my childhood has partly lost its identity too.
The Bazaar is similar to Bhaktapur and Patan Durbar Square as it represents Newari-Malla period architecture which was settled after Prithvi Narayan Shah conquered Kathmandu Valley.
The extension of the highway and period of civil war in Nepal has totally changed the Bazaar which has directly affected the liveliness of the Bazaar. 20 years ago it was one of the busiest business point but now neither there is a crowd of people nor liveliness of the Bazaar. People have shifted and settled to other areas for a secured life. The Bazaar grew along with me during my childhood, vibrant and lively but has died by my adulthood.
My works is a nostalgic recall of my subconscious memories of the Dapcha Bazaar which can start a conversation on the issues of migration in Nepal. 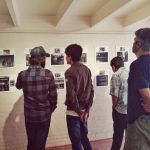 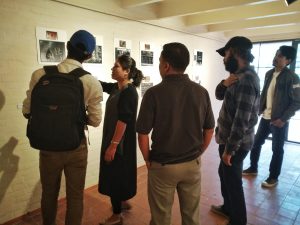